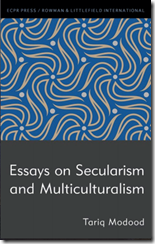 Whether the recently settled religious minorities, Muslims, in particular, can be accommodated as religious groups in European countries has become a central political question and threatens to create long-term fault lines. In this collection of essays Tariq Modood argues that to grasp the nature of the problem we have to see how Muslims have become a target of a cultural racism, Islamophobia. Yet, the problem is not just one of anti-racism but of an understanding of multicultural citizenship, of how minority identities, including those formed by race, ethnicity and religion, can be incorporated into national identities so all can have a sense of belonging together. This means that the tendency amongst some to exclude religious identities from public institutions and the re-making of national identities has to be challenged. Modood suggests that this can be done in a principled yet pragmatic way by drawing on Western Europe’s moderate political secularism and eschewing forms of secularism that offer religious groups a second-class citizenship.

30% Off with Discount Code