This book, together with the complementary volume Religion in Consumer Society, focuses on religion, neoliberalism and consumer society; offering an overview of an emerging field of research in the study of contemporary religion. Outlining changes in both the political-institutional and cultural spheres, the contributors offer an international overview of developments in different countries and state of the art representation of religion in the new global political economy.

‘Tuomas Martikainen and François Gauthier seek to break new ground and work toward a synthesis and clarification of the diverse and often contradictory approaches to understanding the transformation of religion in today’s globalized world. The contributors to the volume analyze these changes as integral to the recent economic shaping of culture in the form of consumerism and neoliberalism. They explore the changing landscape of relations between religions and states in the context of the rise of market-oriented, neoliberal modes of governance and management, including as concerns religious organizations.’- Peter Beyer, University of Ottawa, Canada 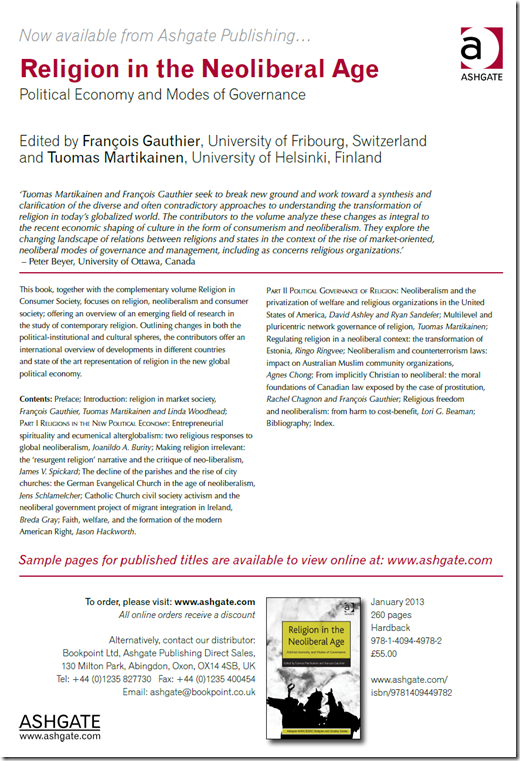