Dear family, friends, and colleagues,
I’m so very sad to tell you that on August 31st, soon after giving birth to our beautiful, healthy daughter Nora, my wife Karen suffered a sudden brain hemorrhage that ultimately led to her death on September 3rd.
The memorial service will take place on Saturday September 8th, 14:00h, at Crematorium Walpot, Pisartlaan 8, Eijsden, the Netherlands. You can visit Karen there on September 6th and 7th, between 17:30h and 18:30h.
Flowers will be provided at the service, donations are appreciated.
Correspondence is welcome at this address, dagkaren@gmail.com.
There are no words to say how this loss has left us, but it means so much to know you will be thinking of us in this difficult time.
Christoph & Nora Karen Rausch

Dear members and friends,
It is with great sadness that I am informing you that Professor Ivan Varga, passed away a few days ago. He was a great friend,

sociologist and mentor to many of us, and was central to the growth of RC22 since its beginning. He will be terribly missed.
A website has been set up by Christina Varga, if any of you would like to leave any comments:
http://IvanVargaMemorial.blogspot.com/

We are copying below his obituary from the same site:
“Dr. Ivan Varga stood up for what he believed in, no matter how dangerous or unpopular his opinions. He was from an assimilated Jewish family in Budapest, Hungary. During the Second World War, he would go out without his yellow star outside curfew hours for Jews, in order to get more food rations, thus risking being picked up and being shot into the Danube River. He survived that, only to see the dream of liberation by the Russians turn into the nightmare of an oppressive regime. But he didn’t keep a low profile; rather spoke and wrote critically about the regime, making him a target during Hungary’s counterrevolution in 1956. He escaped to Poland, and when it was a bit safer for him to return to Hungary, found himself blacklisted from working for years.

After the war, he studied with luminaries such as Georg Lukacs, later earning his doctorate. He and Eva Launsky married in 1961 and Christina was born in 1968. Having acquired several languages, including English, Ivan was allowed to leave to teach at the university in Tanzania, accompanied by his family. But after the four-year stint was up, they decided to defect, leaving a known but grey future in Hungary for a completely unknown future in the West. They landed in Germany, bringing nothing but their clothes, a few African artifacts and their education. He taught at universities in Germany, but after a year, was recruited to teach sociology at Queen’s University in Kingston, Canada. There he stayed until retirement in 1996, when he became Professor Emeritus. Throughout his career, he pursued his interests in the sociology of art and culture, and religion, later adding a new interest in the study of the body. He worked in an international forum, collaborating with colleagues around the world, including a senior research fellowship at Harvard’s Center for the Study of World Religions, and research in France and Hungary. After retiring, he continued to write and edit international publications, and organize and attend conferences abroad. He continued his decades-long work with the International Sociological Association, particularly with the Sociology of Religion Research Committee. After his term as President of the research committee was up, he became Honorary President, a role he kept until he died. He is terribly missed by his wife Eva, daughter Christina and granddaughter Alexandra (who was the last person he smiled at and who never failed to give him joy).” 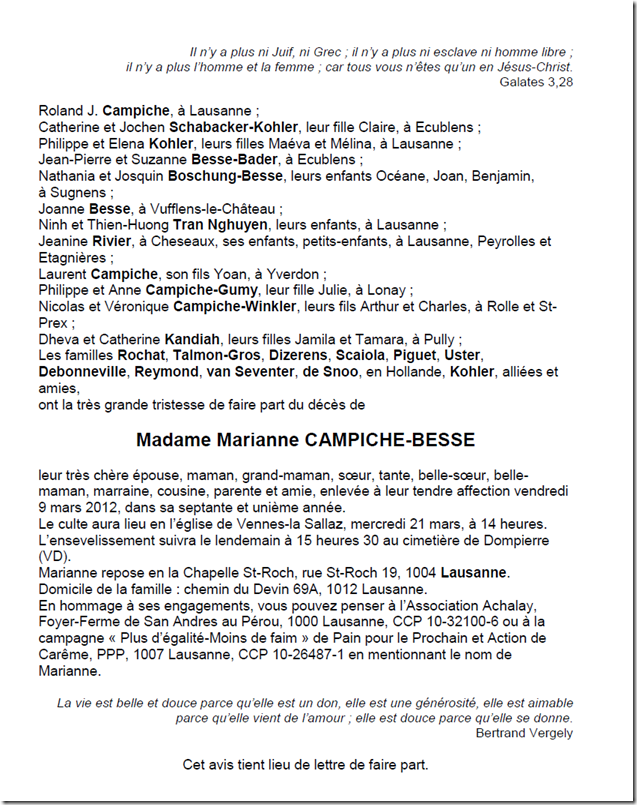